Greg now leads his own support

Greg is 56 and has mild to moderate learning disabilities and autism. Options for Supported Living, a registered charity providing support to people with disabilities across Merseyside, initially provided Greg with 74 hours of support a week, including night-time support every night.

With so many people in his life, Greg began to lose a little of his self-esteem and self-worth. The Just Checking system was installed to understand a little more about Greg’s normal daytime and night-time routines and help identify areas in which Options were either over or under supporting Greg.

The Just Checking charts showed that Greg slept well, although he slept on the couch in the lounge as often as using his bedroom; returning to his bed in the early hours of the morning. The charts also highlighted that he was spending extended periods of the day-time in the kitchen.

This prompted Options to ask Greg why he was sleeping in the lounge rather than in his bed, and why he was spending so much time in the kitchen.

It turned out that Greg found his double bed uncomfortable and he wasn’t keen on his room. Options helped Greg re-decorate his room and organised for the single bed from his father’s house to be moved into his own home.

Without anybody knowing, because Greg hadn’t told anyone and nobody knowing to ask, Greg had developed a desire to learn how to cook. Once this was identified and encouraged, his passion for cooking really took off.

Greg’s family embraced his new interest and before long he was enjoying cooking a variety of dishes, reciting ingredients that were needed, travelling on public transport to collect the ingredients and inviting people around to enjoy meals with him.

Greg feels purposeful in the kitchen when he is on his own and likes to keep it clean and tidy. He has signed up for a cookery course at the local college and his cooking repertoire is rapidly expanding.

As a consequence of Greg’s success in the kitchen, he was supported to start looking after other aspects of the house and he started to show an interest in decorating and gardening. He has also become more interested in his own appearance.

Greg’s achievements have given him the confidence to explore and build links within the community. He purchased a season ticket and now enjoys taking regular trips to watch the football. After experiencing first-hand what this has meant to him, he now takes time to encourage others to follow in his footsteps and can be regularly heard saying ‘It’s not right that people don’t!’.

Greg’s family have also recognised a change in him, and whereas his father used to bring him money, he is now independent with a cash card.

Everyone involved in Greg’s journey have commented on the huge steps that have been made after his passion for cooking was identified, along with the right support to help him make it happen. 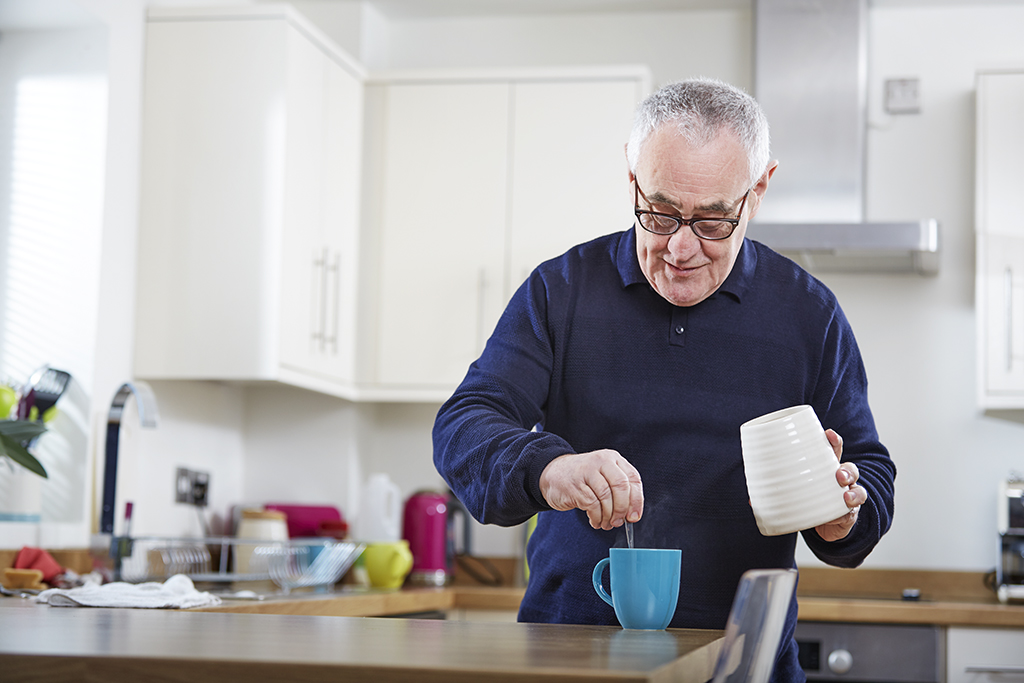 “It’s quite remarkable really, over the last two years, just how far Greg has come.”

This website uses cookies to improve your experience while you navigate through the website. Out of these, the cookies that are categorized as necessary are stored on your browser as they are essential for the working of basic functionalities of the website. We also use third-party cookies that help us analyze and understand how you use this website. These cookies will be stored in your browser only with your consent. You also have the option to opt-out of these cookies. But opting out of some of these cookies may affect your browsing experience.
Necessary Always Enabled
Necessary cookies are absolutely essential for the website to function properly. This category only includes cookies that ensures basic functionalities and security features of the website. These cookies do not store any personal information.
Non-necessary
Any cookies that may not be particularly necessary for the website to function and is used specifically to collect user personal data via analytics, ads, other embedded contents are termed as non-necessary cookies. It is mandatory to procure user consent prior to running these cookies on your website.
SAVE & ACCEPT
Go to Top