Skip to content
Case study: Graham stays in the community 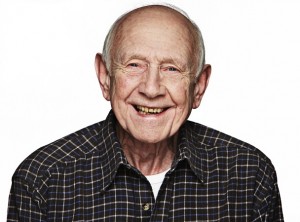 Graham Hunt lives alone in a sheltered housing scheme, he has moderate Alzheimer’s disease and diabetes . He has no known family living in the UK.

Carers visit in the morning, lunchtime and evening. They were getting concerned about Graham’s ability to look after himself as he was starting to look unkempt, and was often not in when homecare called at lunchtime or evening. It was thought that Graham would need to move in to residential care.

The Just Checking charts showed movement from the bedroom around the flat every 2 hours throughout the night- he was not sleeping for longer than 2 hours at a time.  They also showed that he was out every day for several hours between 1pm-7pm.

After further investigation, it was found that Graham was going to a local café; staff there were friendly and welcoming him to stay for prolonged periods, and engaging with him in conversation. Sometimes staff from the café went to his flat to prompt him to have his meal.

Arrangements were made to visit his GP who diagnosed that Graham may not have been taking his medication for diabetes, and that an enlarged prostate was resulting in frequent urination.